Join the ADR Virtual World! An Online Primer for Mediators, Arbitrators and Other Advocates

Join this interactive discussion about online mediation and arbitration with colleagues who have online experience using Zoom for mediations and arbitrations.  Topics of Hosting and Scheduling a Meeting will be discussed and interactively experienced. Other experiential topics will include creating breakout rooms and sharing documents.  We’ll share “tips” for a better online experience.

There are no upcoming events at this time.

FLEXIBLE SCHEDULING: We provide Groups discounts for this Course especially designed for the groups’ needs and time allotments.

If your local time is not listed above, we recommend using this Time Zone Converter or contacting us.

Who can take these courses?

Anyone who wants to assist others during this pandemic to resolve disputes, transform their relationships and resolve conflicts more successfully. This course will also be valuable for attorneys, judges, paralegals and others involved in the conflict resolution process.

Judge Kenneth (Ken) L. Fields is a retired Judge of the Superior Court of Arizona in Maricopa County, Phoenix, Arizona. He presided over civil, juvenile, criminal, probate, special assignment and family court calendars. From February 1993 through June 1995, he served as the Presiding Judge of the Domestic Relations Department (Family Court), Superior Court of Arizona, in Maricopa County.   He is the presiding commissioner for a 5-person arbitration commission deciding disputes between the Navajo Nation and the Hopi Tribe (both Native American Indian tribes). In addition to civilian courts, Judge Fields was a Military Trial Judge for the Arizona National Guard presiding over Courts-Martials until September 15, 2015.   Judge Fields has conducted doing online mediations and arbitrations using zoom since 2019 as well as providing training to judges and lawyers relating to online dispute resolution. 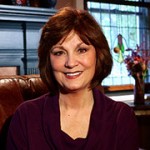 Lynn Cole has been a full time ADR Professional conducting mediations and arbitrations on Zoom for over two years.  Harvard and Florida trained, she is inter-culturally certified by the International Mediation Institute (“IMI”), an invited member of NADN, a former President and Chair of the Board Mediators Beyond Borders International, In the early 1990s as Chair of the Civil Justice Reform Act Commission, she recommended to the Federal Judges in the Middle District of Florida, as the first federal court, use of mediation in their civil case management process. During that same time she worked with the (now called) Florida Supreme Court Dispute Resolution Center to setup the first state court related mediation program in the United States. She is a USAID Mediation Specialist who has worked and lived in developing rule- of-law countries, Bulgaria, Jordan, Kosovo, and Sri Lanka.

69.00 US Dollars
Or other foreign currency equivalent at current rates